The Covid-19 pandemic has cast a pall over clothing retail markets in the U.S. and Europe. With iconic firms like Brooks Brothers and JC Penney battling bankruptcy, Asian textile manufacturers have lost billions of dollars in orders.

The crisis, which forced over 150 factories to temporarily close, has prompted manufacturers to look for new markets, particularly in Asia. That’s where population growth and economic development are creating tens of millions of new middle class consumers.

In the first five months of 2020, with exports to almost every country plummeting, South Korea ramped up imports from Bangladesh 9.4% to $155 million, according to Trade Data Monitor, the world’s premier source of export and import statistics. By comparison, textile shipments to the U.S. fell 12.2% to $2.2 billion. 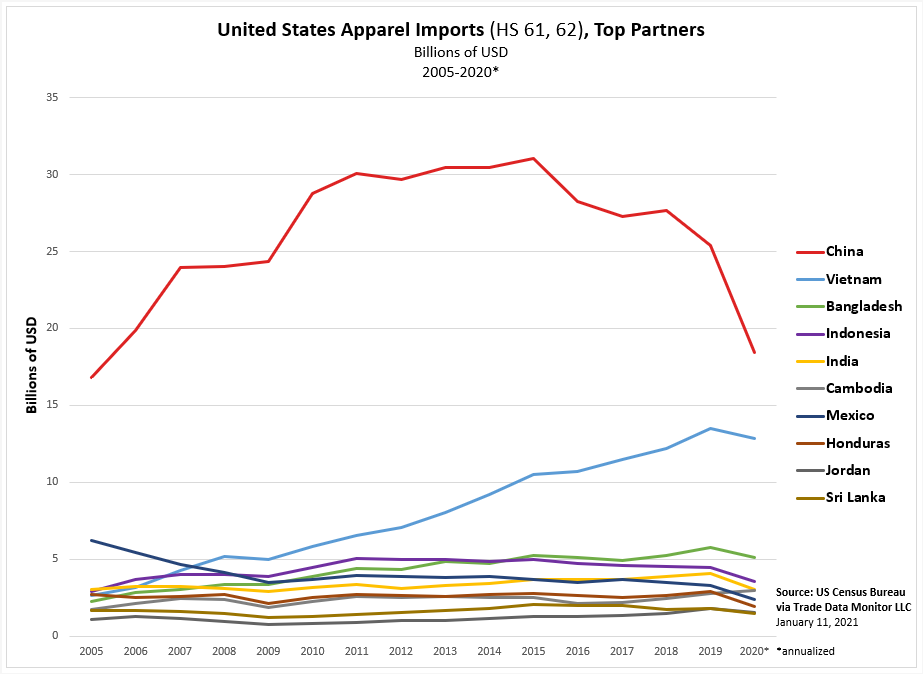 And last year, manufacturers reported an increase in interest from U.S. buyers seeking protection from the U.S.-China trade war. Since two factory accidents in 2012 and 2013 killed almost 1,000 workers in Bangladesh, U.S. customers had shied away.

The problem now is that Covid-19 is tearing apart economies and demand in ways that have nothing to do with taste, culture or politics. Bangladesh, like everywhere else, will have to get back on its feet, and, almost certainly, will need textiles to do that.

From the 16th to the 18th centuries, Bengal, a large region on the Indian subcontinent including modern-day Bangladesh, was a significant center of cotton and silk production, much of it going to rich markets in Europe. The East India Company colonized Bengal in 1757, which led to deindustrialization. Raw cotton was shipped to England for transformation into textiles, which were then exported to Bengal. 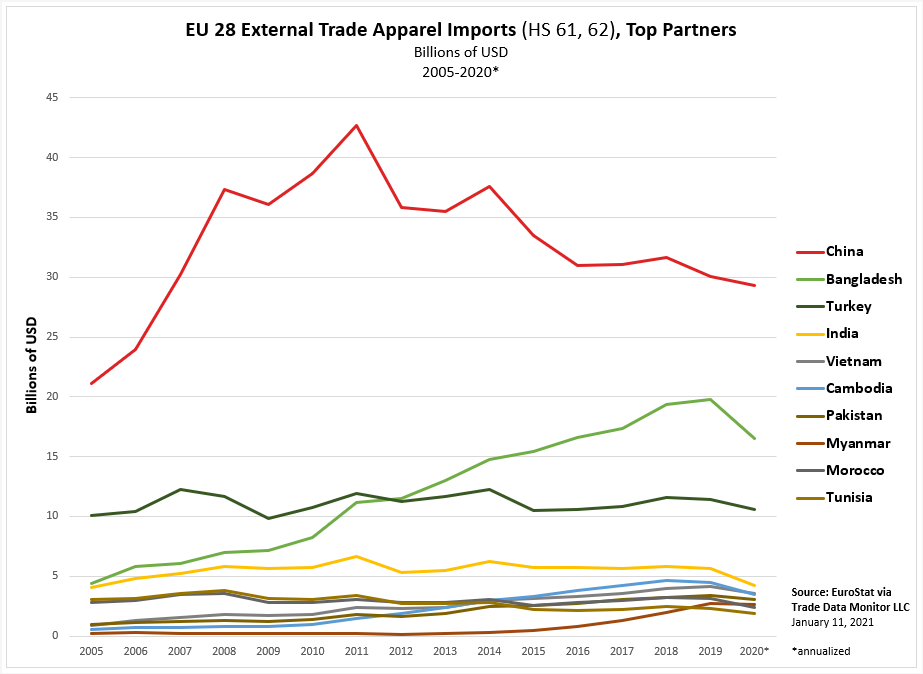 In the 1980s, after enduring a war for independence and a devasting famine in the 1970s, Bangladesh denationalized hundreds of textile manufacturers, set up export processing zones and invited foreign investors and advisers, especially from the U.S. The result was a flurry of contracts with designers and retailers in the U.S. and Europe, making “Made in Bangladesh” a common tag on clothes around the world. Bangladesh’s accession to the World Trade Organization in 1995 solidified its place as a key player in global trade.

In 2019, Bangladesh exported $34.7 billion of textiles, second in the world only to China with $138 billion, according to TDM data. Vietnam was third with $31.4 billion. Germany was fourth with around $23.9 billion.

And, in the long run, the demographics don’t lie. Bangladesh, with over 160 million people, is the world’s eighth most populous country. Of the top five nations in the world by population, four are in Asia. Bangladesh has some clothes to sell them.